*   As a child Sandy imagined she could fly like superman by day and flew to a magical land of horses each night. She won an award for "Best Short Story" from the State of California School System and has been writing most of her life. . . But not professionally.

*   She served in the U.S. Army during Viet Nam. She earned her B.A. in Psychology from Augusta State University. Married while in the military, divorced soon after receiving her degree, and raised her two son's as a single parent.

*   Today she is a part time writer/dreamer and a full time Award Winning Realtor. She enjoys helping people find their perfect home, but admits, that often takes a creative imagination to see what potential a home may have.

*  She is an active member of SCBWI and a member of the Henderson writer's critique group. She finds meeting with other writers refreshing and enlightening after so many years of writing in a vacuum.

​*   Currently she is working on a Young Adult Novel series "Greyson and the Gargoyles" while revamping some of the stories she has written over the years. 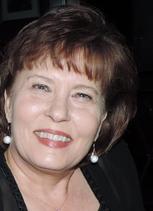